The home of Oklahoma State Basketball and Wrestling is storied Gallagher-Iba Arena. The fabled fieldhouse was built in 1938 and underwent a major renovation in 2001. Gallagher-Iba Arena is still considered one of the finest collegiate basketball arenas in the country and can be described with just a single word: Historic!

Despite doubling the size of the facility prior to the 2000-01 season, the arena still provides an up-close view from any seat in the house, helping to give the Cowboys a tremendous homecourt advantage. This can be evidenced by OSU's 328-47 record over the past quarter century, sporting an .875 winning percentage during that span.

The historic building underwent a massive $56 million construction project and is the focal part of the OSU Athletics Center. Its 13,611-seat capacity allows more Oklahoma State fans to enjoy OSU athletic events, and the auxiliary facilities are second to none in the region.

Originally named Gallagher Hall after OSU's fabled wrestling coach Ed Gallagher, the Board of Regents honored legendary Cowboy Basketball coach Henry Iba when the arena was remodeled in 1987, and his name was added to the arena's title.

Gallagher served as OSU's wrestling coach from 1916-40. In his 23 years, OSU won 11 national championships and compiled a 138-5-4 dual record. Gallagher was also an outstanding athlete while attending then Oklahoma A&M. He was captain of the track team for three years, and his 99-yard run against Kansas State in 1908 will always stand as the longest football run in school history.

Iba, who passed away in January of 1993, was a coaching giant in the sport of basketball. He coached in 1,105 collegiate games, and his 767 career wins were the second most to Adolph Rupp when he retired in 1970. Iba served as coach and athletic director at OSU from 1935-70, and in those 36 seasons, posted a 655-316 record while guiding the Cowboys to 13 league championships, eight NCAA Tournament appearances and the 1945 and 1946 NCAA Championships.

Along with the expansion of the historic arena, the OSU Athletics Center has many features. A total of 14 luxury suites stretch across the west side of the facility, overlooking both Eddie Sutton Court and Boone Pickens Stadium. Banners signifying the success of Oklahoma State Athletics are hung from the rafters. The pride of OSU athletic triumphs are also illustrated in photographic and trophy displays in Heritage Hall, a museum dedicated to athletic and academic excellence at OSU.

Even after two major construction projects, today's players still compete on the gym's original white maple floor, which was the country's most expensive when it was installed in 1938. The arena was built in 1938 at a cost of $1.5 million. National powers Oklahoma A&M and Kansas opened the facility on Dec. 9 in a game that matched coaching legends Henry Iba and Phog Allen. OSU won the game, 21-15.

As OSU enters the 2013-14 season, its home record has been impressive. Through the first 75 years in the building, the Cowboys have posted a 739-202 record at home with 10 undefeated seasons. Over the last 25 years, OSU has recorded a 328-47 record at home. In addition, the Cowboys' 80-game homecourt non-conference winning streak, which ran from 1987-98, ranks fifth in NCAA Division I history. In fact, the Cowboys have lost just three regular-season non-conference home games since 1987. 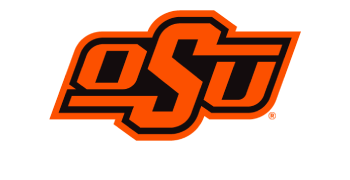 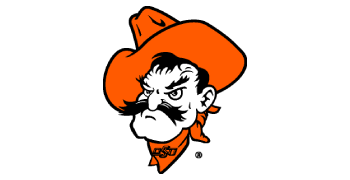 The Jim Littell Basketball camps are open to any and all entrants limited only by number of camp participants, age, grade level, or gender.